Skip to content
Entertainment & Gist Made in Lagos Wizkid

Wizkid’s “Made in Lagos” sets new record on Billboard chart 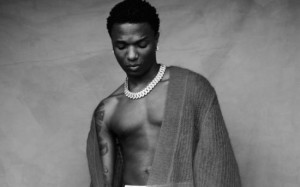 Nigerian ace singer, songwriter, and performer Ayodeji Balogun, popularly known as Wizkid, has inked his name in history once again with his recent feat on the Billboard Chart.

The award-winning singer, who was recently in the news after he became the first Nigerian artiste to score a diamond certification in the United States courtesy of being a guest on Drake‘s “One Dance,” after selling over ten million units, has added another major feat to his cap.

In a new update, the singer’s fourth studio album, “Made in Lagos,” has now charted in the Billboard World Albums category for four consecutive years (2020, 2021, 2022, and 2023), spending over 100 weeks on the chart and making it the first African album to achieve such a feat.

The post Wizkid’s “Made in Lagos” sets new record on Billboard chart appeared first on TRENDJAMZ.