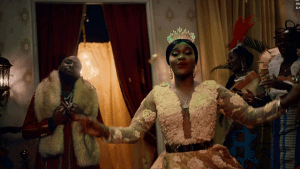 After Davido unveiled Liya as DMW’s first female artist couple of months ago, she has been one of the prospective female vocalist to take over the mainstream.

The Zaki Magic produced number “Melo” will be the lead song off her upcoming project and it’s her debut under the Davido-led imprint.

The video to “Melo” was shot and directed by Dammy Twitch.