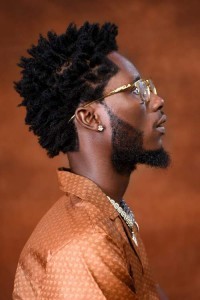 Babatunde Ogunniyi, popularly known as Slimbeatz, is a prolific songwriter/singer and a well-rounded music producer who hails from Osun state, Nigeria – best known for his astute production skills and musical prowess which is very evident in his music, he has produced for the likes of Solid Star, Chidinma, Tiwa Savage and Dapo Tuburna, just to mention a few – definitely not a new name on the Nigerian music industry scene, Slimbeatz has made a name for himself with the release of several projects.

Slimbeatz returns in 2022 with a rendition of the popular “Stand Strong” song, originally performed by Davido, and featuring the American choir group, The Samples – a soulful celestial rendition at that – listen up and share your thoughts. | ENJOY!!!