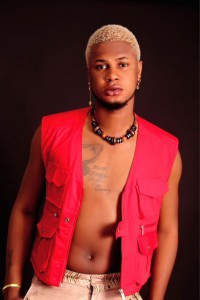 Emmanuel Dinoke (born 3rd October, 1991) also known as RichKing Empire or RichKing for short is a Nigerian singer, songwriter and aspiring record producer. RichKing’s blend of Afrobeats is fused with elements of R and B, Global Pop Music and Trap Music, in what he terms AfroSwing & Afrofussion.

RichKing signed officially to RichKing Empire Music in January 2018 and was on the studio collaboration he last dropped ” One Night” and No Limit in November 2019, He got featured by amazing artist Erigga Paperboi.

RichKing released his first official EP ‘The Journey EP’ on Dec 16 2022 with an official motion video which was released a few weeks ago.

RichKing decided to blaze the internet with his amazing photo to close the year 2022 after the successful released of his EP, SCROLL BELOW TO SEE MORE OF HIS PICTURES.

After his previous release EP , the song “Make SENSE” is really making waves barely two weeks after its release, which filled the airwaves and has continued to entertain especially young listeners.