Retired Colonel And His Children Abducted In Zamfara 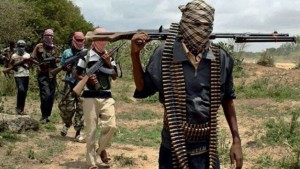 Yandoto was going to his hometown together with his two children Sunday night when he was ambushed by bandits and taken to the forest.

A retired colonel, Rabi’u Yandoto and his two children have been abducted by gunmen on the Gusau-Tsafe Road in Zamfara State.

An indigene of the area, Mohammed Hassan, said Yandoto was going to his hometown together with his two children Sunday night when he was ambushed by bandits and taken to the forest.

Hassan said, “The bandits ambushed the retired colonel on Sunday night and kidnapped him along with his two children and two other victims”.

“We heard gunshots and started running into the bush for fear of the bandits but later realised that Colonel Yandoto was their target,” Hassan added.

Yandoto is a close political rival to Senator Kabiru Marafa and has been campaigning against Marafa’s ambition of winning election in 2023.

He is the leader of the Zamfara All Progressive Congress political group called ‘Wake da Shinkafa’ with the sole aim of ensuring that Kabiru Marafa does not win the senatorial seat come 2023.

Efforts made to speak to the spokesperson for the state police command, SP Mohammed Shehu, were unsuccessful as he could not be reached on phone as of the time of filing this report.

The post Retired Colonel And His Children Abducted In Zamfara appeared first on TRENDJAMZ.