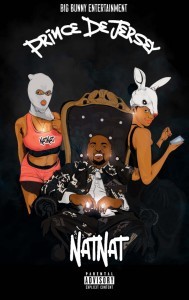 It was a cold day in hell on the 1st of July when Prince DeJersey dropped his sophomore single, NatNat. DeJersey snakes a trap melody around a tricky arrangement of bouncy drums and bass guitar strings on the song. His singsong flow on this track is a bold contrast against his debut single, Warisi and a welcome display of range from an artist being considered as a contender for the new king of hip-hop in Nigeria. Nat Nat is basically a song about what the sex life of a boss is like, so, before you listen, make sure you grab a pen and notepad. DOWNLOAD Prince DeJersey – NatNat

Life is US Inc, Don Crucifixto Entertainment Team up with TAWI To Spread Love In Tanzania