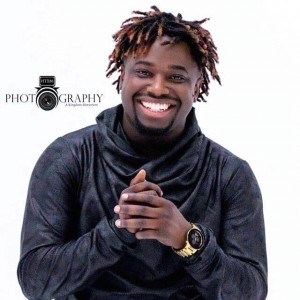 Many international acts have successfully stamped their names in the book of History, as impact makers in multiple ways, both for positive reasons or negative. And one artist who has successfully taken over the gospel Airwaves is Maurice Griffin.

2021 saw disruption of normalcy in the African Airwaves as a non-commercial artist Maurice Griffin gained massive airplay and acceptance within Africa and beyond, the Gospel act who is a Chicago native, is famous for his hit single “Love Peace Happiness”, the song which clearly uplifts spirits is an upbeat track which awakens thoughts and puts smiles on listeners face.

With the African music industry now coming in full circle, due to the progress in Covid vaccines worldwide. “Love Peace Happiness” full potential and stage performance is in sight, as this song has helped ascend Maurice Griffin to the mainstream music industry in Africa.

Griffin is signed to World Changing Entertainment and was a finalist at season two of BET’s Sunday Best Gospel competition show, the show helped expose to Maurice Griffin to a lot of his hidden potential and elevated his status, confidence and opened doors to more listeners.

Maurice Griffin was born on May 19, 1986 in a naval base in Virginia to military parents, but he spent his formative years in Chicago. It was there that Griffin first got involved with gospel performance, working with the world-renowned gospel choir from where he hugged the headlines performing at the BET renowned Sunday Best Show.

Maurice is one of the most successful singers in the United States. He has ranked on the list of those famous people who were born on the iconic May 19th date.

Griffin also holds a coveted spot amongst the list of most popular Singers in the gospel genre. He recently released “LOVE PEACE HAPPINESS”, a chart topping single which is currently trending across the globe. A big congratulations to Maurice Griffin for breaking grounds and making the airwaves worthy again with his vocals and Talent.

Omotola Jalade-Ekeinde celebrates her last child on his 19th birthday

Omotola Jalade-Ekeinde celebrates her last child on his 19th birthday