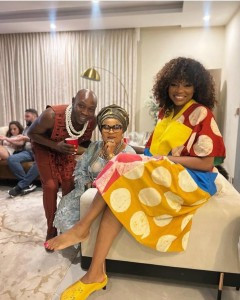 Taking to her Instagram page, Kemi Adetiba who is planning the final leg of her wedding, revealed that production has already started for King of Boys 3.

Sharing a photo of her, Sola Sobowale and Seun Kuti, Kemi Adetiba revealed that KOB 3 is going to be a wild ride.

“I just need y’all to know…

The post Kemi Adetiba wants everyone to know that ‘King of Boys 3’ is going to be a wild ride appeared first on TRENDJAMZ.