I married as a virgin at age 33 – Chigul 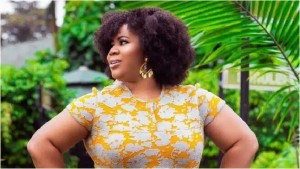 Actress and comedian Chioma Omeruh, professionally known as Chigul, has disclosed that she married a virgin at age 33.

The actress made this disclosure when reacting to the post of the ex-wife of Basketmouth, Elsie Okpocha on women, marriage, and children a few days after her husband announced their divorce.

According to Chigul, she was advised to give birth during her marital crisis in order to save her marriage but she felt it wasn’t necessary.

We were not perfect, there were good days I won’t lie. It just got to a place where we both didn’t care anymore. I have been made to believe that it was my job to keep that afloat and the fact that it sank, I take on my head.

Would I have changed anything about it? No, because it happened for a reason. I’m happy it happened at one year with no children and no attachments. I married at 33, I married a virgin. That was my first ever anything and it was supposed to be special and last.”

The post I married as a virgin at age 33 – Chigul appeared first on TRENDJAMZ.