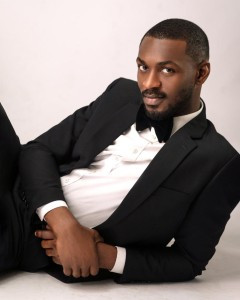 Ex-Big Brother Naija housemate Adekunle Tobiloba Olopade, best referred to as Adekunle, has revealed that his phone was stolen and has pleaded for it to be returned.

According to the reality star, his iPhone was stolen by a stranger who disguised himself as a fan. Adekunle revealed that the culprit was trying to take pictures with him when he vanished into the crowd.

The phone was stolen at about 2:oo a.m. on the 7th of January at a gathering that took place in Landmark Beach, however, the reality star has revealed that the phone has been located towards Arolaya, Lagos Island’s gadget-shopping area.

Adekunle has taken to his microblogging site, Twitter to plead with Netizens to help him find his phone and provide any useful information that can be capitalized on to find his phone.

The model of the iPhone wasn’t however revealed in his statement.

He tweeted, “Hi guys. So my phone got stolen around 2 am at an event at Landmark Beach. A thief pretending to be a fan asked for a picture, hugged me, played a fast one on me, and disappeared into the crowd. As of 6 am this morning, the first known location of the phone was at Bamgbose Street.”

He added that the tracking phone has been set to lose the mood, it is no longer valuable to the thief.

The post BBNaija’s Adekunle loses phone to fan who asked him for a picture appeared first on TRENDJAMZ.