Bandits Are Our People, Vote Leaders Who Won’t Fight Them – Sheikh Gumi 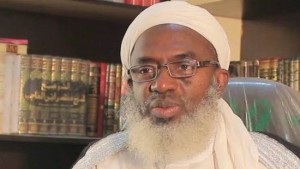 Controversial and popular Islamic Scholar, Sheikh Abubakar Ahmad Gumi has called on Nigerians to vote for those who will not fight bandit terrorists if elected president in 2023.

Naija News reports that the Kaduna-based Islamic scholar made the call with the 2023 general election less than 90 days away.

Speaking during a sermon, Sheikh Gumi urged Nigerians to vote for leaders who would negotiate with bandits when elected into office.

While describing bandits as “our people,” Gumi said Nigeria’s next set of leaders should negotiate and give bandits what they want for peace to reign.

The post Bandits Are Our People, Vote Leaders Who Won’t Fight Them – Sheikh Gumi appeared first on TRENDJAMZ.