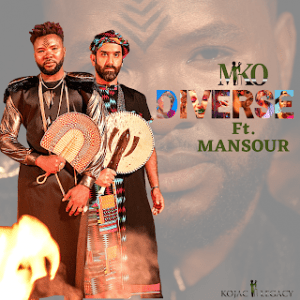 MKO is one of those artists who are obsessed with bringing different cultures together. He featured Mansour, a Syrian contemporary singer (also based in Dubai) on this track and together they have created a global sensation. The concept of this song is the first of its kind and the visuals will blow your mind.

Diverse was written by MKO and Mansour and was produced by SammYoung/Ameen Al Obaidi. Resonate Media House directed the video and the overall project was managed by Kojac Legacy International.