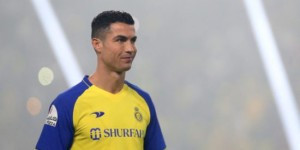 Cristiano Ronaldo will make his debut in what could go down as the most-watched game so far in 2023 which is against Paris Saint Germain.

The announcement was made by the head coach of Al-Nassr, Rudi Garcia on Wednesday, January 11th, 2023. According to him, the game is an exhibition match which is a combination of Al-Hilal and Al-Nassr.

His debut won’t be with the Al-Nassr jersey. It will be a mix between Al-Hilal and Al-Nassr. As the coach of Al-Nassr, I can’t be happy with this match. In terms of scheduling, it could have been better thought out. But it’s not a big deal.

Messi and Ronaldo are expected to play against each other at one time in the game. The match is most likely going to be the last time that both players before they officially call retire from the game.