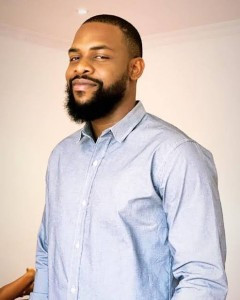 Efa Iwara is known for his interpretation of roles in some of the most critically acclaimed Nigerian movies but he’s more than that.

The Nollywood hunk just announced his move into the tech space, diversifying his income stream to meet present realities.

Efa Iwara revealed that he joined the tech industry this year by becoming an angel investor in a Nigerian start-up, True Flutter. He noted his excitement at the prospects for the future with this new move.