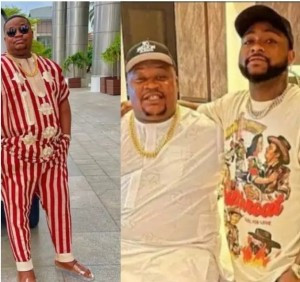 Celebrity bar man and bestfriend to singer Davido, Cubana Chief Priest is excitedly counting down to his return on social media.

In December Davido had announced his withdrawal from social media following his performance at World Cup and quick return to Instagram.

In anticipation for his return, Cubana took to his Instagram page to share a video of him and the singer.

Counting down to March, Cubana sent New Year greetings to him.

The post 47 more days to go – Cubana Chief Priest as he counts down to Davido’s return to social media appeared first on TRENDJAMZ.